The Pelham shopping plaza is getting yet another addition. The Lost Cajun restaurant is on tap to open across from The Local Taco in August. The location will be the first for the Upstate and the second for South Carolina - one opened in Lexington earlier this year.

Local franchiser, Clayton Eaddy, owner of company, Southern Cavalier, LLC, plans to open 6 to 7 Lost Cajun restaurants in the Upstate and the Asheville area over the next 10 years. But Eaddy says he chose Greenville first for the city's charm and its growth.

The new restaurant will be 2100 square feet and have seating for 60 people inside and about 20 people on an outdoor patio.

The restaurant chain based in Frisco, Colorado was started in 2010 by Raymond Griffin. Griffin, a native of Barataria, Louisiana, started the restaurant after growing tired of Louisiana. After rebuilding his fishing business after Hurricanes Katrina, Rita, Ike and Gustav, and then the oil spill, Griffin decided to pick up and start life anew.

That renaissance led to the creation of The Lost Cajun. The Lost Cajun specializes in Louisiana cuisine, but is best known for its four kinds of gumbo and its beignets. The recipes come directly from Griffin, who perfected them over years running a fish camp.

The restaurant is also known for a rather and unique service style. Upon entering, servers offer each guest a sample six menu items. Those tastes, along with the fact that the restaurant was the only place to find sweet tea in the Denver area, made Eaddy a regular during the years he lived in Colorado.

It didn't take Eaddy long after eating at The Lost Cajun to start thinking about opening his own location.

Eaddy, a Raleigh native brings an extensive background in restaurant franchising. He worked for Chick-fil-A in the corporate office after college and then moved on to the Jimmy John's as a franchise consultant in the Denver office. But Eaddy always had his sights set on more.

"I always wanted to be on the owner side of things," Eaddy says. "Ownership is a little more stable, and you aren't on the road so much."

Eaddy looked at about four or five different franchises that were either expanding to the Denver area or to the Southeast, where his family still lives. But all of them seemed like "just another burger or sandwich place," he says.

With The Lost Cajun, Eaddy says he found something truly unique, and of course, delicious. The Lost Cajun is set up to be like a casual New Orleans dive, but is a full-service restaurants. Service is tableside with servers shouting orders to the cook in the kitchen.

That charm carries over to the drinks menu. In addition to good sweet tea, the menu includes Louisiana-based Abita Beers and what Eaddy calls "porch wine." The wine comes in two varieties, red and white, and served by the glass only.

Aside from gumbos, The Lost Cajun's food menu features an array of other Louisiana classics. There is a section of po-boy sandwiches ranging from the fried oyster to the more unique roast beef (served with a special gravy). As for entrees, the menu includes items like crawfish etouffe and voodoo pasta, as well as a variety of freshly fired seafood offerings – oysters, shrimp and catfish.

While Greenville's menu will stick pretty closely to the standard Lost Cajun one, Eaddy does have plans to add a few local-specific items. Those include a Cajun shrimp and grits dish and a special all-you-can-eat catfish night.

In addition, Eaddy already has plans to add special events. He plans to do crawfish boils throughout crawfish season (spring to mid-summer) and also plans a kid's night where kids eat free. And he plans to unroll a modified breakfast menu in the coming year as well. It will include a variety of flavored beignets and special chicory coffee.

"We just want to be a very fun, family restaurant that people can go to and get an authentic taste of Louisiana," Eaddy says.

The Lost Cajun Greenville is set to open in early to mid-August. Hours will be 11 a.m. to 9 p.m. Sunday through Thursday and 11 a.m. to 10 p.m. Friday and Saturday. Breakfast hours will be added eventually as well.

The Lost Cajun Greenville is located at 3612 Pelham Rd. 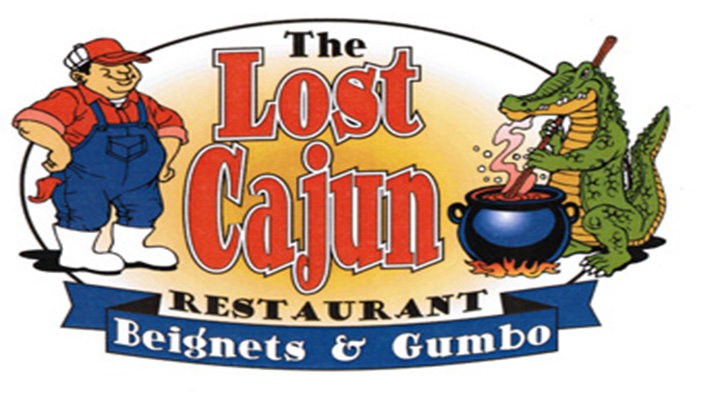