Progress: More stores, restaurants on the way for Schulman Crossing

It was a big year for Garden City’s retail sector in 2014, due largely to the completion and opening of more than a half-dozen new stores in the Schulman Crossing development on the east side of town.

All but Bling had been announced the previous year as the major tenants North Carolina-based real estate company Collett & Associates had lined up for Phase II of the Schulman Crossing development.

The first phase of the Schulman Crossing project, Menards, opened in June 2013. Phase II, the shopping center, added more than 200,000 square feet of additional retail space north and west of the intersection of Schulman Avenue and the bypass.

Mayor Roy Cessna is happy with the progress made last year, and excited about more things to come in and around Schulman Crossing.

“We have stores you can’t find closer than four hours away. That’s going to pull in people from the 22 surrounding counties. Plus, I’ve heard that people from Guymon and Woodward, Okla., are choosing to come here because it’s not as congested,” she said.

When it comes to tourism, having good places to shop is also a benefit in addition to attractions or events in a community, she said.

Nicole Lucas, Downtown Vision executive director, said Schulman Crossing has helped bring new shoppers to town. Once those people are here, the work shifts to making them aware of what existing businesses have to offer.

“Competition is good. We expected to see a hit in the beginning, and I think we dipped a little bit but it wasn’t tragic,” Lucas said.

Downtown businesses have realized they need to start advertising more in order to attract visitors who come to town to shop at places like Schulman Crossing, Lucas said.

“Word of mouth is good, but you need to get yourself out there on the radio and other forms of advertising,” she said. “There’s people coming into town who might not think of downtown. We need to get the word out about our specialty shops downtown. After you’re done at Schulman, come on down here, have something to eat and stroll through the shops.”

Cessna expects more good things to come, based on things the developer has said in the past about trying to bring in additional retail stores, as well as restaurants to that area.

“We’ve done probably 10 public-private partnerships around the country, but I don’t think I’ve ever had one that’s been more enjoyable — everyone working together on a common goal of delivering a great shopping center like this,” he said at the time.

Collett said the company plans to add even more retail, roughly 40,000 square feet, in an area directly north of the shopping center, as well as add more restaurants and shops in the eight or nine acres of property to the west over the next two to three years.

Collett also announced the newest addition to Schulman Crossing, saying a contract has been signed with a new barbecue restaurant, Rib Crib.

Rib Crib, an Oklahoma-based barbecue restaurant chain, signed its lease with Collett earlier this year and will build a new building on an out-parcel of land at Schulman Crossing. No information is available on when Rib Crib might begin construction.

Rib Crib specializes in barbecue and smoked meats, and is known for its spare ribs, pork spare and baby back ribs, and their bold, mild and hot sauces.

In the first few months of this year, more stores and restaurants have been confirmed to be coming to Schulman Crossing.

Buffalo Wild Wings, a casual dining and sports bar franchise, will open in one of the existing buildings in front of the line of retailers that opened last fall, possibly in about six months.

Headquartered in Minneapolis, Buffalo Wild Wings currently has more than 1,025 restaurants and has a goal of having 1,700 restaurants across North America in the next 10 years, according to its website.

And recently another two retail stores, Dollar Tree and Rue 21, have submitted site plans and been issued building permits in and around the Schulman Crossing development.

Dollar Tree is building a 9,800-square-foot store across Lareu Street west of Menards.

Dollar Tree has thousands of stores across the country, including stores in Dodge City and Liberal. Its stores carry many national and regional brands in product departments including housewares, glassware, dinnerware, cleaning supplies, food, health and beauty, toys, gifts, party supplies and more, all for $1 or less.

Rue 21, which is currently located at 2204 E. Kansas Ave., is building a 7,000-square-foot store immediately north of the T.J. Maxx store and will relocate its operations there.

With headquarters in Pennsylvania, Rue 21 has more than 1,100 stores in 47 states. Rue 21 offers girls and guys fashions, shoes and accessories.

Other Schulman Crossing related businesses that have signed leases with Collett include United Cellular, Great Clips and a nail salon.

“I think it’s great for Garden City,” Cessna said of all the activity. “It adds quality of life to the community. People don’t have to travel out of town, they can have it right here locally. It also creates a retail hub for western Kansas people to come to and shop, eat and maybe stay for the weekend.” 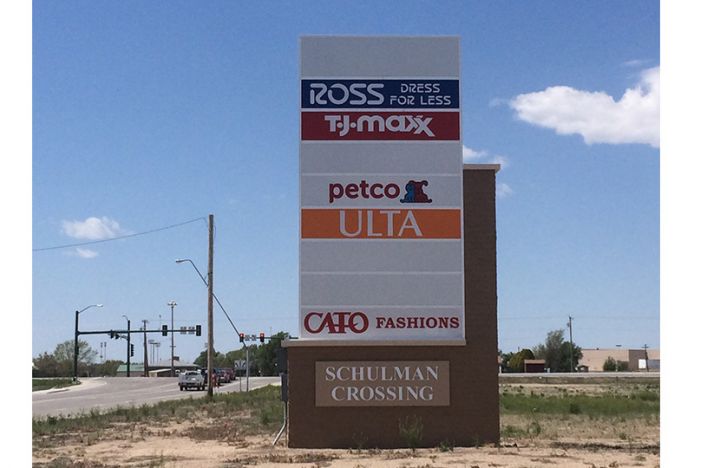 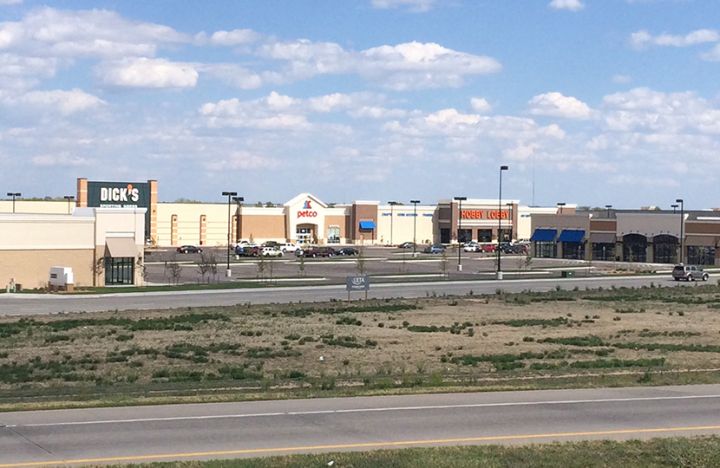