New tenants at Magnolia Park include Nordstrom Rack and Golfsmith

Nordstrom Rack will join the tenant lineup at Magnolia Park, formerly Greenville Mall, according to the project's developer and the company.

Kate DeToye, a spokesperson for Nordstrom Rack, confirmed Friday the company will open a 32,000-square-foot store. Menin officials said the store should open by the end of this year or in 2014.

With the additions, Magnolia Park is 90 percent committed and will be fully occupied before the end of next year, the officials said.

Magnolia Park is Menin's $250 million, 800,000-square-foot mixed-use, retail and entertainment project at the intersection of Interstate 85, I-385 and Woodruff Road in Greenville.

“Magnolia Park will continue to secure premiere stores and restaurants currently not available in the region, and we look forward to each and every opening,” said Marc Yavinsky, Menin's executive vice president.

Menin Development has been a privately held owner, developer and manager of commercial real estate since its founding in 1985. Menin has owned and developed more than $1 billion of retail and mixed-use properties throughout Florida, Virginia, Tennessee, Louisiana and North and South Carolina. 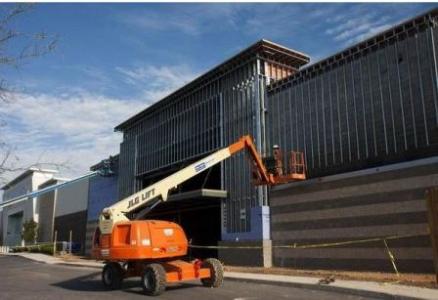