As Nebraska Furniture Mart is about a month from opening, CREW Dallas learned that NFM’s “modest” predictions for its first year revenues are $700M to $800M, from Collett Southwest’s Robert Wright (NFM is one of the firm’s clients.) Robert (between, Trammell Crow Residential’s Ann Murray and CREW Dallas president Sally Longroy of Guida, Slavich & Flores and Herrin Commercial Real Estate’s Mary Boone) says consumers can make a purchase anywhere in the store through iPads that employees carry. Then, you can drive to the pick-up area where the item is guaranteed to be ready in eight minutes (although, if it’s electronic, that time is down to four minutes.) 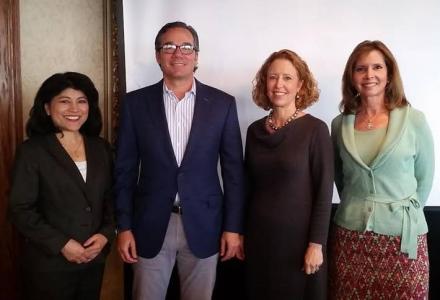