The studio at 3016-B Prosperity Church Road, near Fresh Market, is expected to open by the end of January, said Kelli Narveson. Construction on the new studio is slated to be done by the end of the year.

The Narvesons moved to Charlotte a few weeks ago from Atlanta, where Orangetheory has also been quickly expanding. Kelli Narveson is a marathon runner who says she first tried Orangetheory to incorporate strength conditioning into her workout routine.

“It’s an efficient use of your time,” Narveson said.

Narveson said she got husband Chris, currently a free agent who most recently pitched for the Miami Marlins, involved during his off-season because the workouts are “safe” and “very low impact.” She added it was her husband’s idea to look into the Orangetheory business model.

“We’ve loving it so far,” Narveson said of living in Charlotte. “It’s cool for us as small business owners to be in an area that’s growing so fast.”

Narveson she she and her husband also plan to eventually open another studio in the Fort Mill, S.C., area.

Orangetheory has been expanding rapidly in the Charlotte area. In addition to a Quail Corners location, Orangethory opened an Arboretum studio this summer and will open one in Cornelius on Friday. Another one is slated to open in South End in 2016. 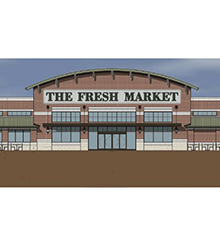