The team behind The Liberty Restaurant in Charlotte's South End will soon start renovating the space that will become Lumiére Restaurant in Myers Park Shopping Center.

Lumiére is owned by Tom Condron, who also will serve as chef for the restaurant, and Matthew Pera. Pera, who owns and operates The Liberty with Condron, ran French restaurant Marais in Charlotte from 1998 to 2000. He says that's where the concept arose.

“There's not much in the way of fine-dining French restaurants in Charlotte anymore,” Pera says. “We've been looking for the space to do this for over a year and a half for this concept, and we preferred Myers Park because we wanted to do a neighborhood restaurant, and we've done that at The Liberty. We like the idea of being ingrained in the neighborhood as opposed to being a destination downtown type of restaurant.”

Construction will begin in August and is expected to be completed by mid- to late October, when Lumiére is expected to open. Wagner Murray Architects is working with Lumiére on the restaurant's interior.

Plans include installing a full show kitchen encased in glass and a dining area. 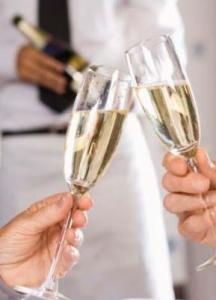