One will be in Myers Park Shopping Center, in the former Wolfman Pizza store there. The 2,500 square-foot store is in the shopping center that's being upgraded with a two-story Harris Teeter at Queens and Providence roads.

The other Einstein will go into a 3,100 square-foot store that was formerly home to Ikos Aegean Grill and Backyard Burger, on Conlan Circle, in Ballantyne.

Bryan Wyker and Malcolm McLean, of The Providence Group, represented Einstein in the transaction.  Patrick McCoy of Cushman & Wakefield/Thalhimer, as well as Spencer Brown and Steve Pharr of Collett & Associates, represented the landlords. 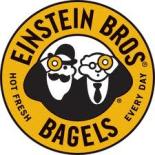