TULSA – Although the national recession continues to hammer retail growth, the Tulsa Hills Shopping Center developers expect to announce 200,000 square feet of new space over the next year.

“I think it speaks well of the economy in Tulsa and I think it speaks of the strength of that location,” said John Collett, chairman of Collett and Associates of Charlotte, N.C. “We have enjoyed a lot of leasing success, a lot of transactions in the middle of a two-year national meltdown.”

Collett and Associates, which raised Tulsa Hills with Oklahoma City-based Sooner Investment, just sold its remaining developed properties in that trailblazing west Tulsa center for $54 million to Inland American Tulsa 71st LLC, an arm of The Inland Real Estate Group of Cos. of Oak Brook, Ill.

That brought its total sales there to 10 outparcels and 59 acres of developable property, leaving Collett and Sooner with five outparcels and 22 acres to sell or build on – which Collett expects to do shortly.

“Right in the middle of the property we have 13 acres under contract with a large national anchor that we’re anticipating closing in June,” he said, referring to a location some Tulsa executives have linked to a possible Sam’s Club or Costco.

While he offered no names, Collett hinted at other prominent tenants near signing the dotted line.

“With what we’re working on, I feel pretty certain we’ll close on deals that, over the next 12 months, it will add approximately another 200,000 square feet of retail,” he said in a telephone interview, estimating the construction cost at $25 million. “We’ll be left with just a handful of outparcels and some additional land as you get down to 81st Street.”

Collett speaks with obvious pride of the mile-long U.S. Highway 75 project that’s already delivered more than 700,000 square feet of sparkling new, almost 100-percent occupied retail space to a region that experienced little commercial growth in decades. “We exceeded expectations with the city of Tulsa,” he said, referring to the taxincrement financing district granted to help with the center’s high infrastructure costs. “We exceeded every goal established.”

“I just wish they were back east, where we do more of our work,” said Collett, calling Sherwood’s efforts “unbelievable.”

“And I’ll tell you another thing, there were no lawsuits with any contractors and tenants,” said “In this environment of the last 20 years, to have a contract of this size and no lawsuits … it hasn’t happened anywhere else.”

Such enthusiasm raises the issue of why Tulsa Hills was sold. That takes Collett back to the recession and the nation’s continued tight credit, which combined with its 200-basis point swing to make refinancing too high an obstacle.

“We did not anticipate selling the shopping center because we think it’s just fantastic real estate,” he said. “We would very much like to own it for the long term.

“To have the success that we’ve had out there in this economic climate that we’ve been through is unprecedented,” he said. “We just didn’t anticipate this downturn. I don’t think anybody could have anticipated this.”

Having paid out an estimated $85 million in expenses, Collett said the developers scratched out a small profit on Tulsa Hills, but not the return originally hoped for.

That will come when the rest of Tulsa Hills stands developed, Collett added – one reason why, while interested in other Tulsa possibilities, he said Tulsa Hills will remain their primary focus in this region for the next 18 to 20 months.

Outside of Tulsa, the developers also partner in several existing Oklahoma City centers and one developing project, the planned 2.5-million-square-foot University Town Center in Norman.

“Phase one is pretty much complete and phase two is ongoing,” said Leland Clark, the principal with Sooner Investment who oversaw construction of Tulsa Hills. “The other phases have been put on hold for a while until we work through this downturn.” 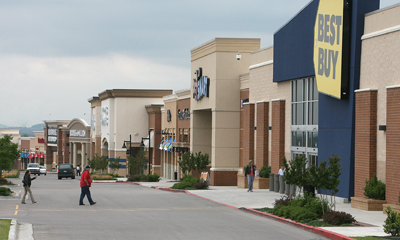