With the build-out of Altamira Village shopping center finally nearing completion after more than a decade, its developers have decided to sell the open-air retail complex.

Officials with Four Lanes LLC, a partnership group that began planning Altamira Village in 2002, announced that they have sold the 162,000-square-foot shopping center to a Connecticut company: Westport-based Kleban Properties.

Al Kleban, owner of Kleban with his son Kenneth, said his company paid $32 million for the commercial development, which is at the intersection of Dunlawton Avenue and Taylor Road just east of Interstate 95.

“We’ve been looking for investments in Florida and the Daytona Beach area is very attractive,” Kleban said. “The quality of the area, particularly in Port Orange and from a residential viewpoint, has great potential for the future.”

The sale is unusual for Four Lanes, one of its partners said.

“We typically don’t sell. We are a family firm with an investor’s mindset to hold things for the long term, but it’s time for us and the city to part. It’s in the best interest of all,” said Robert Collett, a partner in Charlotte, North Carolina-based Collett & Associates, which teamed up with Oklahoma City, Oklahoma-based Sooner Investments to create Four Lanes.

It also includes two buildings under construction at the shopping center: an LA Fitness gym that is expected to open in late September next to the BJ’s Wholesale Club store; and a five-unit retail building along Taylor Road that will be leased to multiple tenants.

The sale did not include the Golden Corral restaurant and CVS Pharmacy or the Space Coast Credit Union branch under construction. Those properties were previously sold by Four Lanes to the developers of those stand-alone buildings.

“This was a complex project, but in my 30 years of development, (Altamira Village) has been the most difficult I have ever done,” said Collett of the 12 years it has taken to develop and build the shopping center.

The 2007-2009 Great Recession delayed the start of the project, which was pushed back further by the slow pace of getting plans approved for the relocation of a stormwater drainage canal that split the property and the construction of the Yorktowne Boulevard extension south of Dunlawton Boulevard were more frustrating, Collett said.

Reaching a financial arrangement for the canal and road among the parties also dragged out for years.

“They chose a planned commercial development zoning that required the negotiation of everything. It’s like starting from scratch,” said Wayne Clark, the city’s community development director. “It allows for flexibility, but when customizing a code for a project, there can be some inefficiencies in the process.”

Despite the delays, Four Lanes officials say the construction of the final buildings at Altamira Village are expected to be completed by year’s end.

The 45,000-square-foot LA Fitness gym could be open by the end of August and the 5-unit retail building could be ready in late fall, Collett said. California-based LA Fitness has not announced an opening date for their Port Orange location.

Four Lanes also recently announced the signing of Red Bowl Asian Bistro to a lease in the five-unit building. The restaurant will join Sports Clips, Domino’s and Happy Feet Nail Salon when units are built out. One unit is still not leased.

Collett also said Mattress One has signed a lease to occupy a single-tenant building that Four Lanes will build at the southeast corner of Dunlawton Avenue and Yorktowne Boulevard. The lot was given by Port Orange to Four Lanes as a share of the city’s payment for the road extension.

Kleban’s acquisition is a positive, said local real estate observer Charles Lichtigman, CEO of Daytona Beach-based Charles Wayne Properties. Lichtigman and Ormond Beach developer Paul Holub are partners in the commercial land to the east of Altamira Village. A Pollo Tropical restaurant is under construction there and plans for a Wawa convenience store/gas station are being reviewed by city planners.

“I have talked to (Kleban) and they are experienced with shopping centers. They have done their research and see the potential for growth in this market,” Lichtigman said.

“That’s encouraging. It’s a good sign, a seal of approval from a quality investor.”

Having Kleban as the new owner will also encourage financial institutions to make loans for other developments in the area, Lichtigman said 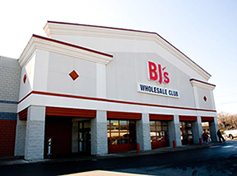