Garden City is one step closer to having a Buffalo Wild Wings after the city received the restaurant franchise’s building plans Thursday.

“We have had quite a few citizens ask us about when we’re getting more restaurants in, so any kind of food establishment is always a big deal,” said Carol Davidson, Garden City’s assistant planning and community development director. “So that’s exciting.”

Davidson said Buffalo Wild Wings building plans consist mostly of interior work in one of the outbuildings located across the parking lot from Hobby Lobby and Petco on Lareu Road.

Davidson said the plans include an outdoor seating area that will be located on the north side of the restaurant.

The next step, Davidson said, is for the city’s third party plan reviewer to review the plans and make suggestions, if warranted, and then the city’s inspections departments also will review them.

That process typically takes about two to three weeks, and then a building permit is issued, she said.

“I know that they want to move fast, and I believe they were estimating a three- to six-month finish — to be open in three to six months,” Davidson said.

The company signed a letter of intent earlier this year and a lease agreement with Collett & Associates, the North Carolina-based real estate company that built the Schulman Crossing retail development.

Ryan Mosser, project manager with Collett, was unable to be reached for comment.

Headquartered in Minneapolis, Minn., Buffalo Wild Wings currently has more than 1,025 restaurants and has a goal of having 1,700 restaurants across North America in the next 10 years, according to its website.

Another restaurant coming to Schulman Crossing, Rib Crib, signed its lease with Collett in February and is currently building its restaurant directly north of the two outbuildings. The 4,200-square-foot restaurant is expected to open sometime in mid- to late-summer.

Meanwhile, construction of Dollar Tree’s 9,800-square-foot store across Lareu Street west of Menards is well underway, as is Rue 21’s 7,000-square-foot store immediately north of the T.J. Maxx store. Rue 21 will relocate its operations there from its current location at 2204 E. Kansas Ave.

Dollar Tree has thousands of stores across the country, including stores in Dodge City and Liberal. Its stores carry many national and regional brands in product departments, including housewares, glassware, dinnerware, cleaning supplies, food, health and beauty, toys, gifts, party supplies and more, all for a $1 or less.

With headquarters in Pennsylvania, Rue 21 has more than 1,100 stores in 47 states. Rue 21 offers girls and guys fashions, shoes and accessories.

A Great Clips and Nail Style have signage attached to the building north of the future Buffalo Wild Wings restaurant. Davidson said there also will be a couple of cellular stores moving into the area, but she didn’t say which ones.

“And then we’ve got all of these lots out here where the Dollar Tree is that are available,” she said.

In addition, Davidson said the city also is working on securing a development agreement with Love’s at the corner of U.S. Highway 50 and Harvest Lane.

“We’ve had a site plan review, but we haven’t had any building plans submitted as of yet,” Davidson said. 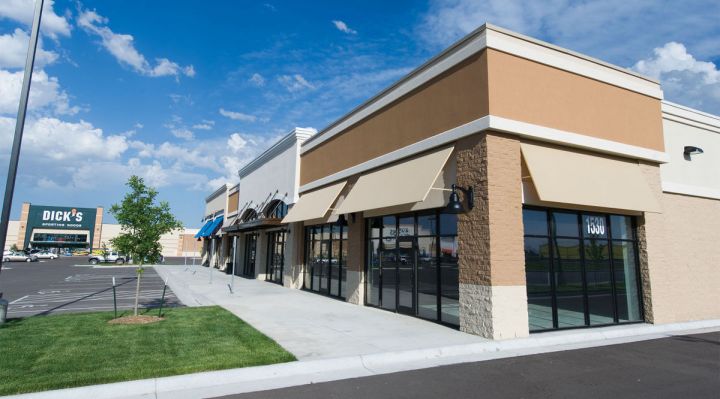