Another empty Borders bookstore location in the Triangle region will be coming alive again with a new retail tenant. This time it’s the one at Creekside Crossing shopping center at Six Forks and Wake Forest roads in Raleigh.

The Dollar Tree discount store chain has signed a deal to lease half of the space that was left vacant when Borders closed all of its bookstores nationwide in 2011.

The Dollar Tree store is expected to open in late May or early June and will occupy about 13,000 square feet in the building, says Mary Ann Peterson of Hunter & Associates Commercial Real Estate in Raleigh. The building is adjacent to the Staples   office supply store and the Kroger grocery store at the intersection of Six Forks Road and Wake Forest Road.

Dollar Tree, as its name suggests, sells items that are priced for $1 or less, including party supplies, cleaning supplies, school and office supplies.

It has more than 30 other store locations in the Triangle region.

Borders used to have six bookstore locations in the area. REI announced in November that it would be moving into the former Borders store space in the Devonshire Place shopping center in Cary. 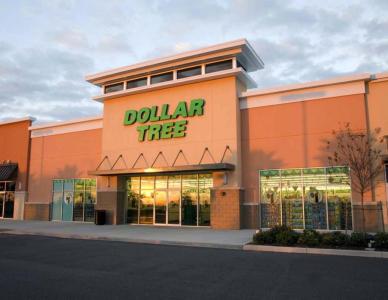