PORT ORANGE — BJ's Wholesale Club has moved up the anticipated opening of its store here, which will be its first in the Volusia-Flagler area.

The membership-warehouse-club store at Altamira Village shopping center in Port Orange is now set to open no later than mid-October, a month earlier than originally planned, an official with the Westborough, Mass.-based chain confirmed.

Thomas, who visited the store site at 1800 Dunlawton Ave., just east of Interstate 95, Thursday, praised city officials for their willingness to work with the chain.

“The local cooperation from Port Orange has been exceptional in helping us get it open,” he said.

Robert Collett, a partner in the group that is developing Altamira Village shopping center, said the city could issue a certificate of occupancy for the new BJ's store as soon as today. Once that certificate is issued, “in my experience, it may take a month to get everything set up inside and stocked,” he said.

BJ's will open a 12-lane gas station at Altamira Village on Thursday morning, well ahead of the opening of the store, which is located in another part of the shopping center, Thomas said.

Tim Burman, a planner with the city, said the chain's decision to open its gas station here this week could indicate its expectation that the store could open as soon as next month.

“We were told that BJ's likes to open its gas stations a month ahead of the main store and sell memberships there, so that fits in with an end-of-September opening,” Burman said.

Charlotte, N.C.-based Collett & Associates and Oklahoma City-based Sooner Investments are partners in the 163,000-square-foot Altamira Village development. The 90,000-square-foot BJ's store will be joined by a 45,000-square-foot LA Fitness gym as the shopping center's anchor tenants. 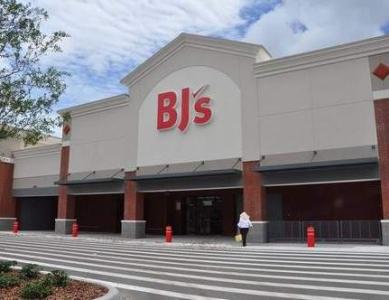