PORT ORANGE – Construction of the Volusia-Flagler area's first BJ's Wholesale Club store is on track to be completed in two weeks.

As for its actual opening date, officials for the Westborough, Mass.-based membership warehouse club store chain won't say, but a spokeswoman said it will be this fall.

Robert Collett, one of the developers of the Port Orange shopping center where the new BJ's is being built, said he expects the store to open by mid-November.

Collett is principal of Collett & Associates in Charlotte, N.C., one of the partners in Four Lanes LLC, the group developing Altamira Village shopping center where BJ's will be one of two anchor tenants.

Work on the BJ's store at 1800 Dunlawton Ave. began in February.

The new store is more than 90,000 square feet in size and will be the largest of the 29 stores the Westborough, Mass.-based membership warehouse club chain operates in Florida, Collett said. The chain operates 190 stores in 15 states in the eastern U.S.

The Port Orange BJ's store will include a 12-lane BJ's gas station which has already been built, but not yet opened, on another site at Altamira Village. The cost of building the BJ's store and gas station is estimated at $9.9 million, according to the city.

Ten years in the making, plans to develop the shopping center were put on hold when the Great Recession hit. Also adding to the project's delay were debates regarding the construction of the Yorktowne Boulevard extension around the development site. Those issues have since been resolved.

Most of the center's outparcels have been developed in the past two years including a CVS Pharmacy and a Golden Corral. Aspen Dental and Orange Leaf America's Frozen Yogurt are two tenants in a four-unit commercial buildings facing Dunlawton Avenue. Moe's Southwest Grill and Batteries Plus have signed new leases, Collett said Thursday.

A fourth outparcel, a one-acre vacant tract along Dunlawton Avenue, is owned by Space Coast Credit Union. No plans have been filed to date.

Construction of the shopping center's other anchor, LA Fitness, could begin within weeks. City officials are reviewing a building permit application from the chain for a $5.2 million, 45,000-square-foot fitness center just south of the new BJ's store.

The city is also reviewing a building permit application for a 9,200-square-foot, six-unit commercial building valued at nearly $800,000 between the Golden Corral restaurant and BJ's gas station.

"BJ's has made a major investment in the community and we're very happy to have them here," said Debbie Connors, executive director of the Port Orange South Daytona Chamber of Commerce. 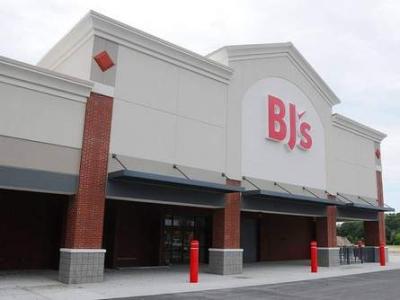