Another Local Taco coming to Greenville

That makes Greenville the only other city, besides Local Taco's home base of Nashville to get multiple restaurants. And there's good reason for that. Ko, whose wife is a native of Greenville, relocated to the city in December.

"I love Greenville," he said.

Plans for a second Greenville location had been in the works to expand in Greenville for some time. The first Local Taco, which opened just off Augusta Road in 2012, has done well as a neighborhood, family-friendly taco joint, and Ko said he saw great potential in the Pelham Road area.

The new location is set to go into a new development at Pelham and I-85 in the Earth Fare plaza. Plans for the development also call for a hotel and several other restaurants and retail shops. The location will mark the first local Taco that is part of a shopping center, Ko said, but the owners are going to great measures in order to maintain the Local Taco charm.

"We're going to try to make the space unique and fit the neighborhood as much as we can," Ko said. "We're not just going to plop in a cookie cutter chain space there. It will have its own touches and be a little different from Augusta Road."

When The Local Taco signed on to be a tenant at the new development, Ko and partner, Jay Pennington had been searching for a suitable spot for another Greenville restaurant for about a year and a half. They were drawn to the area around Pelham Road with its unique mix of business and neighborhoods.

"I've seen that there's a little bit of a need for something different there," Ko said.

And he's hoping The Local Taco will fit the bill. The unique taco shop is known for producing highly unique tacos with a mix of fresh and when possible, locally sourced, ingredients. Case in point, the lobster BLT taco, a recent special or the Korean BBQ taco with braised short ribs and Asian slaw.

"We call it tapas and tortillas," Ko says of Local Taco's concept." It's trying to be a little creative with the tacos, but simple and fresh."

Ko and Pennington opened the first Local Taco location in Nashville in 2009. Ko, had been working in the commercial real estate industry, and "saw the writing on the wall" about the economy around 2007. So used the dismal economic forecast to pursue his lifelong dream of owning his own restaurant.

Ko loved Mexican food, but not he way he felt after eating it. So he wanted to do something fresher, lighter and little healthier.

And he wanted to have really good margaritas. The classic drinks are a staple of every Local Taco restaurant, made the authentic way.

"My bartenders hate it," Ko laughed. "Because there's no secret to it, you gotta use fresh limes. So they have to squeeze a lot of limes every day."

The new location will have a distinct Local Taco vibe, but with a few differences. The 2,500-square-foot space will be outfitted similarly to the one on Augusta Road, but with a slightly larger bar area. The restaurant will also have a large patio area, a standard of all Local Taco locations.

And the menu, well, it will be just as unique, Ko promises. You'll still have the custom taco plates and a la carte ordering options, and the same creative flare, Ko says.

The Local Taco currently has six locations. The Pelham road restaurant will make seven, and the company plans to open one more in Birmingham, Alabama at the end of the year.

As to whether Greenville might see more Local Tacos in the future, Ko says there are no plans, but "I'm open to it."

The entrepreneur has been very impressed with his adopted city so far. And he may not be the only one.

"I think there's a lot of potential," Ko said. "Even back in Nashville, my restaurant friends were saying how much they've heard that Greenville is such a great market and they would love to bring their concept to Greenville." 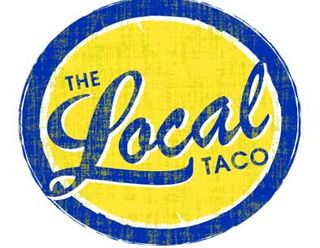